Hello! We can tell you we're doing quite well after a doozy of a week in strength sports. We're feeling absolutely fantastic, even if we're fighting off a bit of DOMS.

There was a litany of mega-performances at the 2022 USA Powerlifting Mega Nationals. But that's not all from the powerlifting world: IPF Classic Worlds in South Africa saw some truly historic performances.

One of the more noteworthy performances came from the legendary Bonica Brown, who earned her 7th (!) championship in that event.

And watching great powerlifters do their thing isn't as good as training, so we take a deep dive on one of strength's most important movements. It's called "The King of the Lifts" for a reason. We're talking about the all-powerful back squat, of course.

A Mega Weekend for Athletes at the Mega Nationals

The USA Powerlifting (USAPL) Mega Nationals are a relatively new competition in the powerlifting sphere. But that doesn't mean the athletes who compete in it take it any less seriously. One might even say there's a mega incentive to putting your best lift forward.

This year's edition took place in Las Vegas on June 7-12, 2022. Among a cornucopia of terrific performances, we saw a stellar raw finish for two-time National Champion Daniella Melo and Russel Orhii performing like the superstar we know and love.

Here are some of the more noteworthy top finishers and their totals among all the weight classes:

Check out the full results from the expansive American contest. 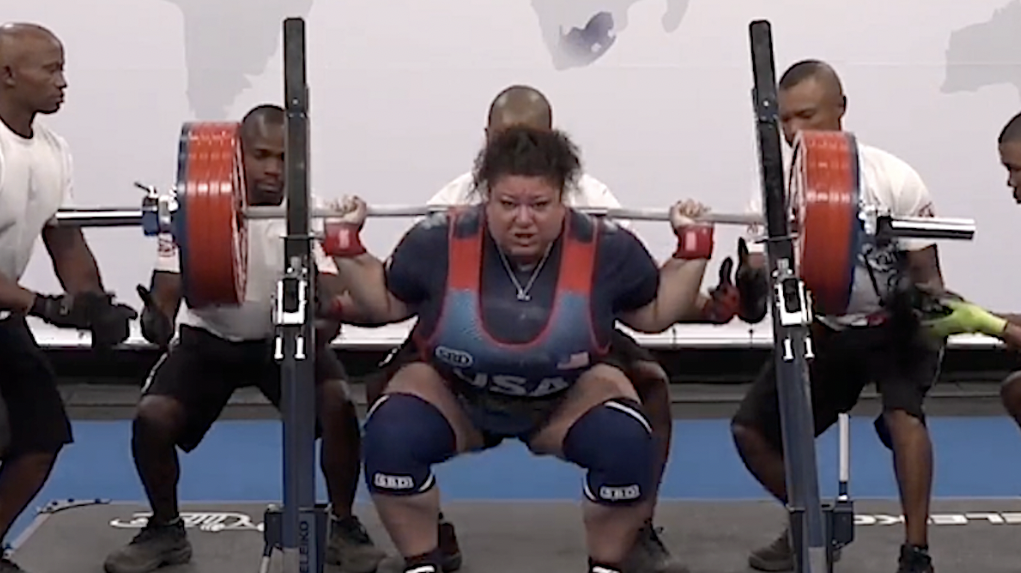 It wouldn't be a stretch to say American athlete Bonica Brown is one of the greatest powerlifters of all time. At 33 years-old, her resume, especially on the international stage, is genuinely awe-inspiring. She added another honor to her list of achievements at the 2022 International Powerlifting Federation (IPF) World Classic Powerlifting Championships.

At her pace and given her history, Brown probably isn't done doing amazing things on the platform. That should be terrifying for any competitor hoping to topple a living legend.

Give the Back Squat a Seat at the Table

Athletes from different disciplines like bodybuilding, powerlifting, running, martial arts, and your garden variety gym-goer might not SEEM to have much in common. That's especially the case when it comes to overall training goals. But each of these sorts of people assuredly wants to work their legs in some fashion, just for different reasons.

There are few better ways to tackle your glutes and quads — among other body parts — than the back squat. Simply put, the back squat is a staple you shouldn't ignore when working out.

If you don't already, let the back squat pull up a comfortable seat in your routine.